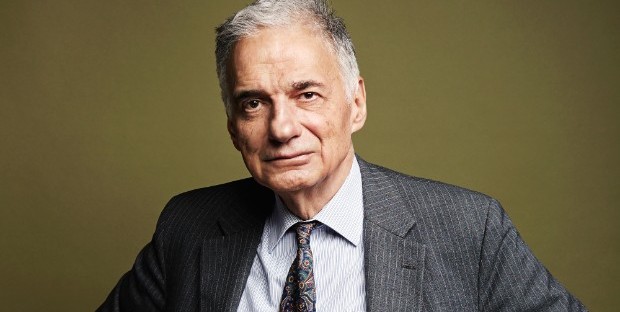 Over the last 50 years, there are few American citizens & activists that have done more to enhance American democractic society than Ralph Nader. It’s time self-identified progressives, “D”emocrats, & other citizens looking for concrete, constructive ways to resist Trump and the rise of the corporate political class start listening to Mr. Nader once again.

Sadly, many people of my generation have taken the bait of the centrist Democratic party of the 2000s and binary mainstream media in choosing to remember and regurgitate deceptive messages about Nader as the “spoiler” of the 2000 Bush-Gore presidential election instead of recognizing his instrumental role in the architecture and passage of many of the most pivotal citizen and consumer protection laws in modern federal history. Chief among them:

For those interested in learning more about the life and career of Ralph Nader from birth until 2006, I highly recommend the film An Unreasonable Man. Stream it below via the link above and be sure to donate $ to him or another progressive cause for good karma.

Thankfully, Nader is still leading legal and political efforts to break through corporate power and empower American workers and taxpayers as effective activists for peace, prosperity, and justice in the 21st century. In recent months. I’ve noticed a crisis of confidence in Democratic leadership and heard many conversations on the left and in the center about which leaders to turn to, honor, encourage, and challenge in order to strengthen a truly progressive movement and tradition across the United States. In addition to celebrating young, non-coastal, and nonwhite voices in and outside of the party, we could do much worse than turning to Nader in this unprecedented political era.

Nader’s most recent scheme to organize change and work together to derail the many ways in which wealth manipulates politics, labor, media, the environment and the quality of national life today is incredibly simple and relevant. In his most recent book Breaking Through Corporate Power, Nader draws on dozens of examples from US history to show how small groups of politically engaged citizens have created profound & lasting political change and outlines a methodology for organizing such groups in the immediate future:

WHO: 1% of the American populace

WHAT: Adopt political & civic activism as their #1 hobby, organizing themselves into local watchdog groups & communities which focus advocacy on putting political pressure on the 535 members of the US Congress (US House of Reps & Senators)

HOW: Communicate directly with the offices & staff people of our Congressmen & women about votes and pending legislation; organize town hall meetings and send summons to your representatives with clear agendas outlined & proof that events will be well-attended; meet regularly within local watchdog groups & communities to plan, evaluate effectiveness, & conduct meaningful outreach to non-engaged citizens to continually build a base of support.

In these times of resistance, it’s crucial we listen to voices, consider structures, and pilot practices that have been marginalized, dismissed, or ignored in the past by the mainstream Democratic (and Republican) parties. Nader’s voice, ideas, wisdom, and experience are tools which should be (re)considered those who are discouraged by the current administration and it’s heretofore oppressive political agenda. As he has constantly shown throughout his career and continues to remind us to this day:

BREAKING THROUGH POWER IS EASIER THAN WE THINK!

Lakeside Park
Oakland, California
You're always in the right place at the right time.
%d bloggers like this: