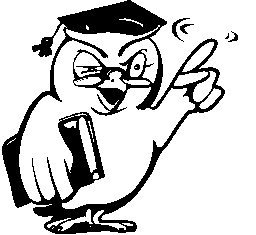 The Sunday political magazine shows (Meet the Press, Face the Nation, etc.) would have us believe that the 2016 presidential race is just around the corner. While no viable major party candidates have declared yet, the field of potential Republican and Democratic nominees is certainly taking shape.  In the months to come, I hope to review candidates’ records and statements on education policy. And what better place to start than with my home state’s dunce, Wisconsin Governor Scott Walker (R)!

Oops, I let that zinger slip. My bad. I will try to remain as even-keeled as possible in this series of posts, which will be a challenge for me when discussing our friend Scooter, the hard-working, tax-paying, college degree-lacking executive of America’s Dairyland. I am astonished that he is being considered a front runner for the Republican nomination. I’ll admit from the start that I believe Governor Walker is a mercenary for the monied interests of the new right wing and rarely acts in the best interests of the citizens and public institutions of Wisconsin….which is kind of his job, so….yeah….

Anyways, below is an examination of the major pieces of legislation Walker has supported or passed, as well as public statements he has made, about education since becoming Wisconsin’s governor in 2011:

After weeks of workers’  protests & political turmoil, the state legislature and Governor Walker passed the state budget repair bill to address a projected $137 million budget gap for the remainder of the 2011 fiscal year and a $2+ billion shortfall for the following biennium. Included in the bill was an increase in state worker contributions for pension and health benefits and the near elimination of collective bargaining rights for most state employee unions, including teachers and University of Wisconsin workers unions.

My take: This is by far the most high profile education policy-related law passed under Walker and many before me have documented the dubious process and detrimental effects of the passage of the budget repair bill, so I’ll keep it brief. By passing the budget repair bill with the above union-related provisions, Walker and the state legislature effectively removed two of the best incentives for entering and remaining in the teaching profession: increased job security & robust pension plans. The severe restriction on collective bargaining rights for teachers unions and requirement for educators to contribute more to their benefits packages will make it much more difficult for Wisconsin schools to recruit the brightest & best undergraduate students, retain passionate & skilled teachers, and professionally develop effective & experienced educators.

SB 95 authorized school boards to use standardized test scores as a reason to discharge, suspend, or formally discipline a teacher or to fail to renew a teacher’s contract, whereas existing law prohibited the use of such test scores during evaluations of teacher performance.

My take: This bill was designed to create a teacher accountability system tied to unreliable metrics for learning and pave the way for merit-based pay. Another Walker-sponsored law that shows antagonism towards and a mistrust of teachers. In my opinion, standardized test scores can (and should) play a important role in conversations about educational equity, curricular planning, and teacher professional development. However, perverse incentives to serve some students (over others!) can emerge when tests are used as a central component of teacher evaluations.

Governor Walker and the UW System announces plans to offer a flexible, competency-based degree program in which students may take online courses and earn academic credit for outside-of-class experience in several specific fields after passing an exam.

My take: I’m very cautiously optimistic about this policy. I’m happy that UW decided to create its own system and program for competency-based degrees rather than contracting with Western Governor’s University as many other states have done. I work at a high school in which all students participate in internships during 11th & 12th grade, so I have seen the benefits of linked learning. The flexible degree program isn’t exactly linked learning, but it promotes the idea of outside-of-the-classroom and technology-centric learning, both of which I strongly support. I also like the idea of Wisconsin experimenting with methods to address the cost disease of higher education.  However, the rigor of the competency tests and the strength of the connection between academic and occupational learning remain big question marks. I also doubt that Walker has the best interests of the UW System at heart. His legislative record indicates he saw this policy primarily as a way to save money for the state to spend on other things.

The 2013 state budget bill passes and is signed by Governor Walker for fiscal years 2013-2015 and includes a provision to expand the statewide school voucher program by providing income tax deductions for private school tuition of up to $4,000 (elementary) or $10,000 (secondary) per student per year.

My take: Income tax credits or deductions for private school tuition redistributes revenue from public schools to upper-middle and upper class families. Wisconsin public schools serve the vast majority of the state’s low-income, special education, handicapped, and ethnic minority students, employ the most experienced and expert teachers, and feature the most innovative teaching practices. Act 20 is a win for those in favor of privatizing public education and a loss for those who believe in K-12 education as a public good or schools as mechanisms for promoting equity. A 2014 report found that over 70% of families receiving vouchers already sent their children to private schools, which lends credence to the argument that Walker’s expansion of school voucher programs in Wisconsin is more of an economic policy that benefits the affluent than it is an education reform designed to address the opportunity gap for historically underserved students.

Following the lead of many other Republican governors across the country, Walker calls for the state legislature to repeal Common Core math and language arts standards and proposes to replace them with standards created by Wisconsinites.

My take: Walker’s views on Common Core are perfectly aligned with nearly every other Republican leader backed by a legislative majority. This is not an original thought or idea – he is simply towing the party line. I believe the higher level thinking and skills which Common Core promotes (and the tests are designed to assess) are a step in the right direction and could influence classroom teaching & learning in a positive way eventually. It will take time, though. I also like the idea of having similar standards across the country because it will inform conversations and planning around educational equity and opportunity. However, I do not like the idea of tying Common Core (or any other) test results to district/school funding or teacher evaluations in a punitive way.

Governor Walker advocates for an alternative teacher licensing program in which aspiring educators could skip traditional certification programs as long as they attain a bachelor’s degree, accumulate “life experience” in the content area, and pass a test. No student teaching necessary.

My take: I’m interested in proposals to rethink teacher education and preparation programs, but Walker’s idea totally neglects pedagogical knowledge and overrates content area knowledge. This is the newest iteration of Walker’s signature move: de-professionalizing the teaching profession. If this proposal were to pass, he still would not be able to be a classroom teacher in Wisconsin due to his lack of a bachelor’s degree.

Walker framed the $300 million decrease in funding for the UW system as a way to promote more efficient state government and offered increased autonomy for the Board of Regents to create systemwide policy as a benefit of the proposal.

My take: The cuts come at a time when many other states are investing more in higher education. This will surely lead to a steep tuition increase for UW students across campuses. It is an extremely short sighted idea and, unfortunately, is further proof that Walker does not value education as a worthwhile investment for a democratic society.